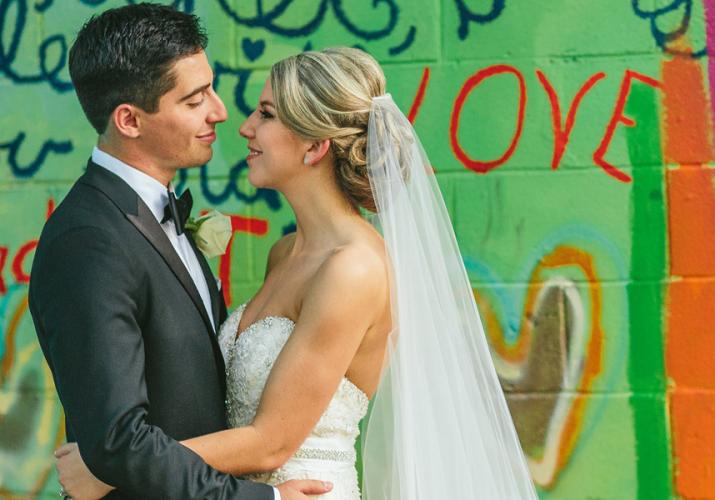 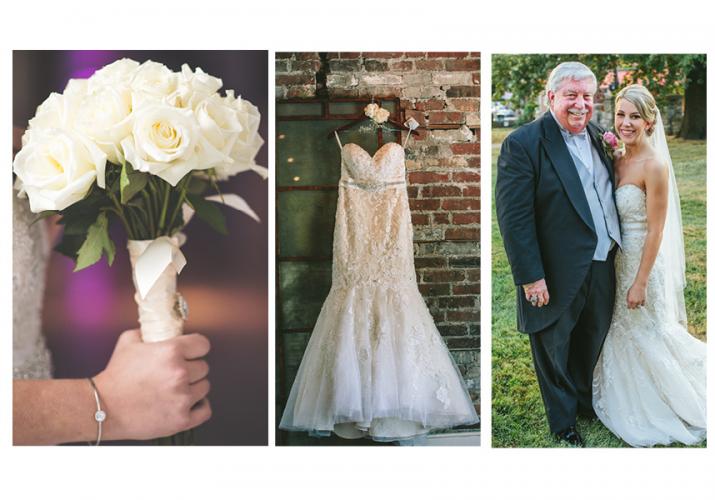 Hadleyâs Old/New/Borrowed/Blue items were sentimental pieces from both families, except for her UK Wildcat garter, which was blue. Hadleyâs bouquet was wrapped in a piece of her late Grandfatherâs shirt, Colonel Ed Stein. 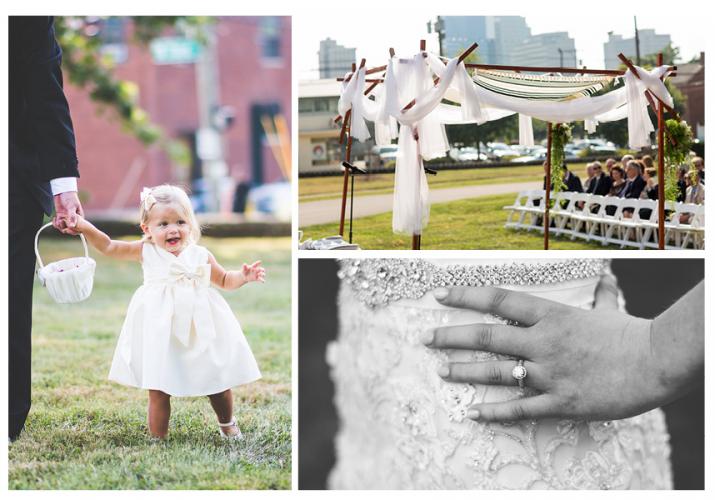 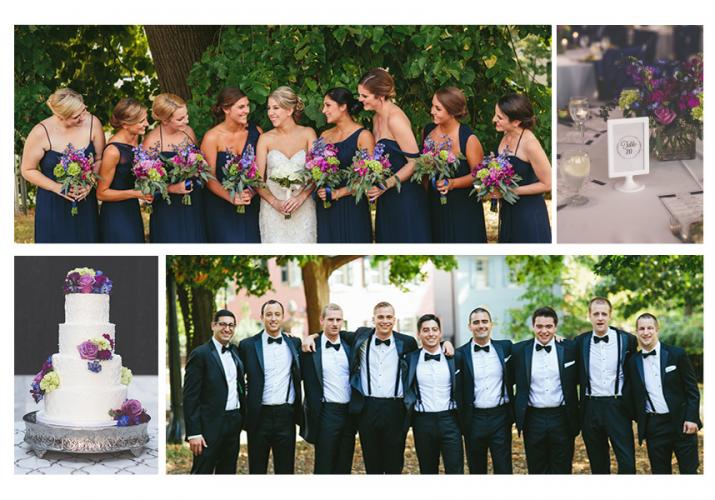 Hadley Stein and Adam Parritz first met in JFK airport. They were both on their way to Israel for Nativ, a year long educational and leadership program for the Jewish faith. The two got to know one another at the airport and on the flight, but didn’t go on a date until Halloween. Hadley realized she was really into Adam on Thanksgiving, when she was extremely homesick, and he supported and comforted her. The two officially began dating that December, and dated long distance for four years once Nativ ended and Hadley headed to the University of Kentucky and Adam, the University of Wisconsin.
The couple was so confident they were meant to be together that, in February of 2012, they adopted Layla, the little girl that has “made their lives happier and more exciting”. Adam waited until graduation to propose, and asked Hadley to be his wife during Passover in Minnesota on April 12th, 2014. Two months later, they moved to Chicago to start their new life together.
The wedding took place September 6, 2015 at the Carrick House. The couple thought the location was uniquely Lexington and liked the fact that it was downtown, so they could share the city with their out of town guests. On the special day, Hadley gifted Adam with a personalized handkerchief and watch, a note that read: “See you at 5:30pm,” and a love letter. Adam also presented Hadley with a love letter, a Kentucky state necklace and a “Wifey” coffee mug.
Hadley walked down the aisle to a string quartet version of “My Old Kentucky Home”, and Adam to “You Are My Sunshine,” because his mother sang it to him as a child. Flower petals and lanterns with floral arrangements decorated the aisle, which led to the Chuppah (a Jewish Wedding Canopy) built by Hadley’s brother, Wade. The Tallit (prayer shawl) on top of the Chuppah symbolized the roof of the home the couple planned to build with one another, and was the Tallit of Adam’s late grandfather, who passed away just months before the wedding. The wine cups used during the ceremony also held special meaning, as one was from Hadley’s Bat Mitzvah and the other used at every Shabbat dinner in the Stein household. The ceremony was officiated by two Rabbi’s, Hadley’s home Rabbi and also Adam’s.
At the reception, Adam and Hadley enjoyed sharing the memory table with Hadley’s aunt. It not only honored Hadley’s grandparents, and Adam’s grandfather, but the late husband of Hadley’s aunt, as well. Additional reception highlights included the first dance and The Horah, a circle dance celebration.
The food was served in a variety of delectable stations and included hors d’oeuvres, carving, pasta, bourbon bar, and cigar station. The Groom’s Cake was a Minnesota Vikings Helmet with the UK emblem on the back and served alongside the wedding cake. To bring an extra sense of the Bluegrass, the couple had a Kentuckian hand roll cigars on the back patio.
Looking back on their special day, Hadley and Adam wouldn’t change a thing. When asked what they would recommend to couples planning a wedding, the couple said to relax and enjoy the planning process, and work together as a team.