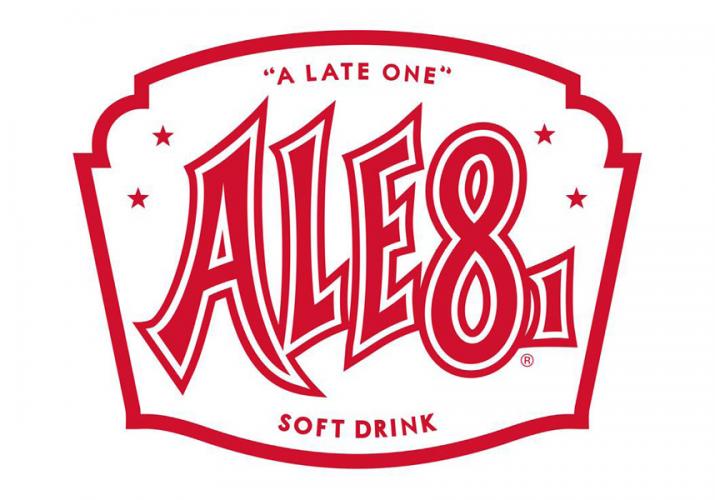 Ale-8-One Bottling Co. (aka “A Late One”), maker of the ginger & citrus based soft drink, hand-crafted in Kentucky since 1926, announced today that Cracker Barrel Old Country Store, Inc., headquartered in Lebanon, Tennessee, is making Ale-8’s Original Soft Drink available nationwide. Cracker Barrel was established in 1969 and currently operates specialty, home-style country stores and restaurants throughout 42 states with 630 total retail locations.
Ellen McGeeney, President and COO of Ale-8-One stated, “Cracker Barrel Old Country Stores are unique and genuinely reminiscent of simpler times, making their outlets perfect venues to feature our 90-year-old, family-crafted soft drink. What made this partnership special from the start is our shared passion for bringing friends and family together,” said McGeeney. “We are thrilled to have the opportunity to gain entry into Cracker Barrel Country Stores nationwide, and to begin developing a relationship that introduces Cracker Barrel patrons to the Best of the Bluegrass in our classic green glass bottles.”
Formulated in Winchester, KY by a beverage innovator named George Lee Wainscott, Ale-8 hit the market in 1926, and is the only soft drink invented in the Bluegrass still in existence. Amidst an ultimately unsuccessful lawsuit by Coca-Cola to stop distribution of his popular Roxa-Kola, Wainscott was inspired to design Ale-8 to taste like nothing else, so it would stand the test of time. That promise continues to be fulfilled today by his great-great nephew, Fielding Rogers, who still hand-mixes the unique recipe four generations later.
“Uncle Lee crafted a smooth, refreshing, and truly unique soda: ginger-based, but with more flavor, less carbonation, a little less sugar, and without the bite of ginger beers. Ale-8-One is made with real ginger extract that has been blended specifically for us,” said Rogers, 4th Generation Owner, CEO and guardian of the secret family recipe.
By sticking close to its hometown Kentucky values, Ale-8 has managed to simultaneously keep demand high and retain its “one sip and you’re there” magic that takes you back to good times with family and friends, much like the Cracker Barrel brand.
Original Ale-8-One can be found in the classic soft drink section of the Old Country Store. If it isn’t currently available, the Cracker Barrel store manager can order it. For more information about where to find a Cracker Barrel near you or to request Ale-8-One at your local Cracker Barrel, visit their website at crackerbarrel.com/locations.

About Cracker Barrel Old Country Store, Inc.â¨ Cracker Barrel Old Country Store, Inc. provides a friendly home-away-from-home in its old country stores and restaurants. Guests are cared for like family while relaxing and enjoying real home-style food and shopping that’s surprisingly unique, genuinely fun and reminiscent of America’s country heritage…all at a fair price. Cracker Barrel Old Country Store, Inc. (NASDAQ: CBRL) was established in 1969 in Lebanon, Tenn. and operates 630 company-owned locations in 42 states. Nation’s Restaurant News’ 2015 Consumer Picks survey named Cracker Barrel Old Country Store® the winner in two Family-Dining Restaurants categories – Menu Variety and Atmosphere. Every Cracker Barrel Old Country Store® location is open seven days a week with hours Sunday through Thursday, 6 a.m. – 10 p.m., and Friday and Saturday, 6 a.m. – 11 p.m. For more information, visit crackerbarrel.com.
About Ale-8-Oneâ¨ Ale-8-One soft drink has been bottled in Winchester, KY since 1926 and is the only soft drink invented in Kentucky still in existence. It is a ginger and citrus blend, containing less carbonation, and fewer calories than conventional sodas. The company's founder and inventor G.L. Wainscott was an unconventional man with innovative ideas. After bottling soda and flavored drinks in Winchester, KY for many years, G.L. Wainscott developed the Ale-8-One formula with its unique ginger taste. The product was launched July 13, 1926, and Wainscott sponsored one of the first product naming contests at the Clark County (Kentucky) Fair. "A Late One," the winning entry, was 1920s slang for the latest thing in soft drinks. To this day, the company continues to be locally owned and family operated by G.L. Wainscott's great-great-nephew, Fielding Rogers. He still mixes up the closely guarded, family secret, Ale-8 recipe in a locked blending room where Wainscott's hand written recipe notes hang on the wall.
For more information about Ale-8-One, please visit the Company’s website at: http://www.ale8one.com.
Follow Ale-8-One on Instagram at http://instagram.com/ale8one
Ale-8-One’s Facebook Fan Page at http://facebook.com/ale8one