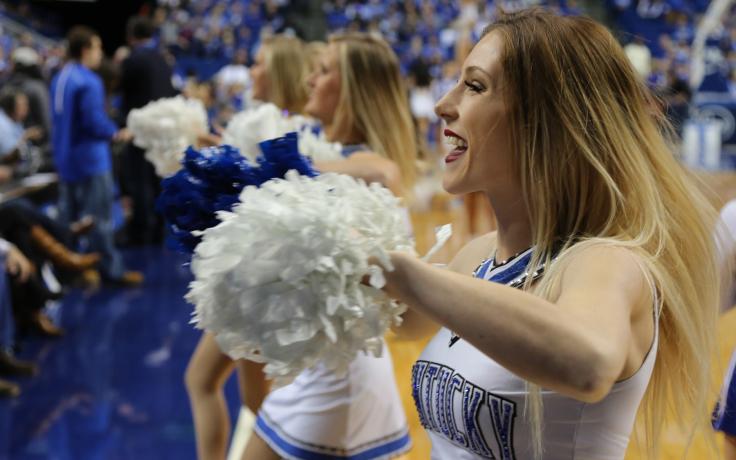 My, my, my...what a difference a game can make. After the Bayou beat down at the paws of Ben Simmons and the LSU Tigers, Kentucky bounced back with a resounding win over the Alabama Crimson Tide 77-61 in Tuscaloosa. To yours truly, it was Kentucky’s best overall performance since the Duke victory back in November. There are still plenty of warts on Coach Cal’s team (more on that below), but how Kentucky responded to its worst loss of the season spoke volumes to Big Blue Nation’s faith in how far this squad can go come March. Some extra points:
• It was a tale of two Alex Poythress’s. The Alex we saw in Baton Rouge was a wallflower, watching the wind blow. The Alex we saw on Saturday was an alpha beast, scaring lions and preying on the weak. When he plays to his elite ability, there’s not a forward in the country that can contain his athleticism. His career high of 25 was overshadowed by his 8 trips to the charity stripe. That means Poythress is being the aggressor and going hard to the rack, just like Coach Cal wants him to. Keep beasting, Alex.
• Marcus Lee did Marcus Lee things. High energy. Tempo. Blocking and altering shots. Put backs. All of these are his calling cards. As long as he stays out of foul trouble, Kentucky’s March fortunes might fall in Lee’s hands. With Skal still struggling, he is UK’s only legitimate shot-blocking presence.
• If Isaiah Briscoe keeps hitting open jump shots like he did against Bama, Kentucky is a very different team. The freshman from New York is Kentucky’s best on-the-ball defender and best penetrator. This is great until you realize that Briscoe is one of the worst free throw shooters in the country. Coach Cal can’t keep him on the floor during crunch time if the misery continues.
• Jamal Murry is getting better and better. That’s not to say Kentucky’s leading scorer has been bad, at all. He is playing more under control and hitting the “easy” shots Coach Cal keeps harping about. Murray is the go-to scorer for this team, and if he continues to mature his game, he could be stone cold lethal in March.
• At this point, anything Skal Labissiere give UK is a bonus. The freshman just isn’t physically and emotionally ready for big time college basketball yet. The talent and the skills are undoubtedly there. The strength and the mindset clearly are not. A summer of pick up ball, milkshakes, pushups, and Big Mac’s will do Skal a world of good.
• Tyler Ullis is the best point guard in college basketball. Period.