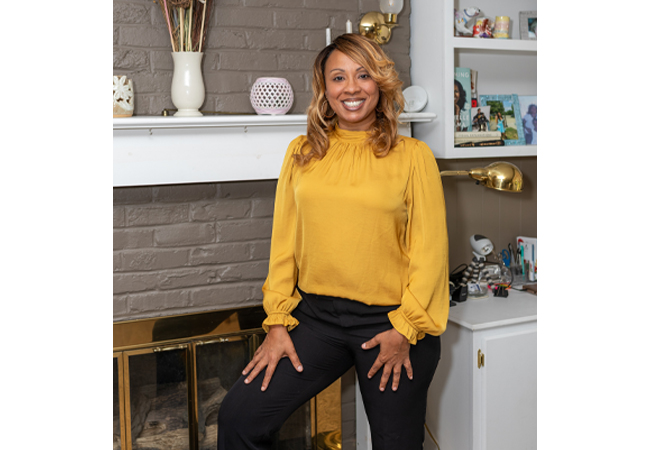 In the ongoing struggle for social justice and racial equity and with Jefferson County Public Schools (JCPS) recently resuming in-person instruction, Tia Edison is involved with significant issues facing the city of Louisville. She teaches middle school math at a JCPS Accelerated Improvement School, where she works on the Racial Equity and Safe Return to School Committees. “I began my journey as an educator in 2010; since then, I have advocated and pushed for the closure of the achievement/ opportunity gap, which leads to the school to prison pipeline.” Tia is Chair of the Jefferson County Teachers Association (JCTA) Black Caucus and the Greater Louisville Alliance of Black School Educators Legislative Committee. “I currently sit on the JCPS Future State Committee where we are defining “diversity” and how to be more creative in achieving diversity within schools to meet diversity targets.”

For over 20 years, Tia has worked with the Kentucky Alliance Against Racist and Political Repression (KAARPR), becoming a community organizer and currently serving as Secretary on the Board. “The Kentucky Alliance is the oldest grassroots social justice organization in the state. It has always been a driving force in the community around inequalities within education and the criminal justice system. The Alliance is a coalition of organizations collaborating on various campaigns.” During the most recent education campaign, the alliance pushed for a “No” vote on SB8, requiring school resources officers to be armed. “The bill inevitably affects the students who live in some zip codes disproportionately more than others.”

The KAARPR advocates for more transparency in Metro Council funding and budget allocation of programs, or lack thereof. “The Alliance has always been a voice demanding more sustainable economic development projects west of 9th Street. During Covid, KAARPR provided thousands of free PPE kits in the West End and South End of Louisville. More recently, they have led the occupation of Injustice Square, also known as Jefferson Square Park, demanding justice for Breonna Taylor and protesting police brutality.”

Tia graduated from Emerge Kentucky in 2016. The “in-depth, six-month, 70-hour training program” provides Democratic women “with cutting-edge tools and training to run for elected office and elevate themselves in our political system.” She began to advocate for local and state policy changes related to the needs of the marginalized community. “In 2018 and 2019, I helped organize the statewide and local Kentucky teacher strikes. Currently, I am working on getting my certification in Racial Trauma Therapy and pushing this agenda into JCPS. I am collaborating with NAMI (National Alliance on Mental Illness) to research local data on black and brown students in mental health residential facilities and the stigma in the community.”

Tia’s priority in education is “to create measurable goals for identifying and addressing racial trauma.” She is working with Dr. Steven Kniffley of Spalding University to introduce the Child Racial Trauma Conceptualization model in JCPS. “I recently presented a session called ‘Teaching and Learning on the Frontlines’ at the JCTA Women's Leadership Conference. Educators need more training on understanding microaggression, like invalidation and intent versus impact.”

KAARPR is sponsoring her Racial Trauma Therapy certification. Her personal experiences of “the many levels of trauma” on the Breonna Taylor protest frontlines have only intensified her understanding. “Racial Trauma Therapy provides a clear definition of race-based stress and trauma. This therapy will help individuals develop their racial identity, process their trauma, and develop skills for future trauma.”

Tia’s first boyfriend was killed by gun violence in 1994. In 2011, her godson was murdered in a park in broad daylight. “As an educator, I have witnessed our students come to school year after year with heavier invisible backpacks. They come to school with more trauma than we are aware of.” Tia has lost two students to gun violence. She also taught a student who took the life of another young person. That student was the brother of one of her students that was killed. “His brother died in his arms in the middle of the street just five months before he took someone's life.”

As the city has cleared out Jefferson Square Park in preparation for Derby visitors this spring, Tia shares what that place has meant to the people who gather there. “Injustice Square is a tangible example of diversity, equity, and inclusion created by broken people who found a purpose. It was a community built of mutual aid and donations. While seeking refuge in First Unitarian Church the day of the Breonna Taylor grand jury announcement, Travis Nagdy stood up and shared that he was suicidal and had bad depression just months before... However, when he came to Injustice Square, he felt the love and purpose he was looking for in life. Everyone felt a sense of belonging. They felt included in the movement. From all walks of life, every race, and socioeconomic status, we were all equally loved and appreciated in that space. Yet when the sun went down, the tear gas and rubber bullets came out.”