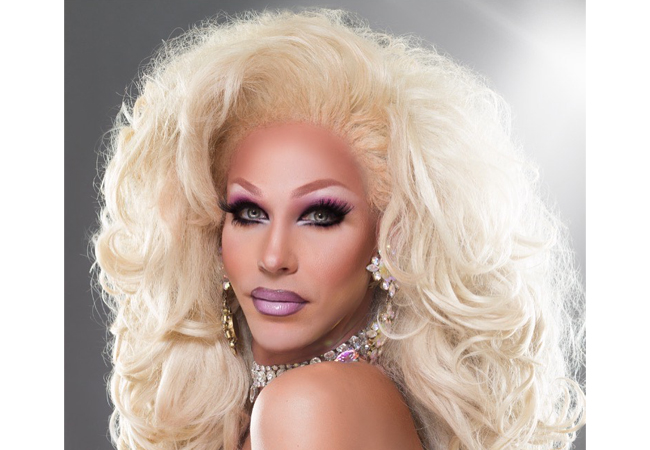 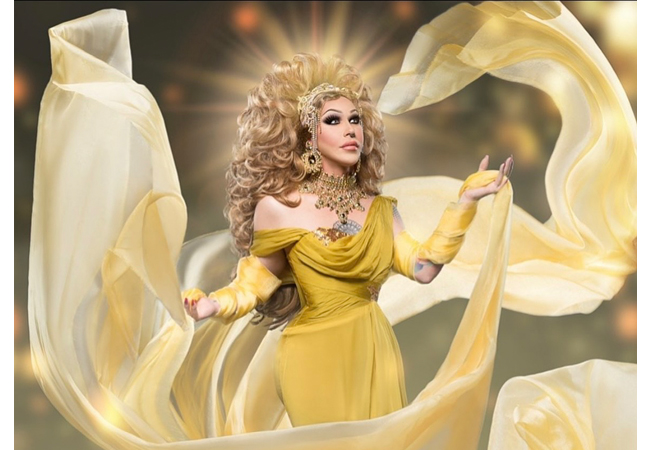 How do you recognize the definitive moment an entertainer is born? For Vanessa Demornay, the answer is at once simple and emotionally, wonderfully complicated. Perhaps a lip-syncing Britney Spears impersonator started it all? “Oh, I can do that!” Vanessa says to herself as show host Taylor Demornay takes her under her wing. “She was so sweet and kind. She took me backstage and introduced me to the scene. I was fascinated, impressed, and enamored.”

Vanessa was experiencing a difficult transitional phase of life when Taylor quite literally took her in, providing Vanessa a place to stay and a new family, the House of Demornay. Houses serve as families of choice in drag culture, giving “shelter, solace, and safety” to those whose families may be less than accepting of their lifestyle. Desiree Demornay started House of Demornay, and her encouragement and approval were significant to Vanessa.

Vanessa packs some makeup, a wig, and an outfit to the club at Taylor’s insistence. Her first performance is Spice Up Your Life by the Spice Girls and Cher’s Strong Enough. “I was hooked!” Taylor also taught Vanessa “how to be a good person, to be appreciative and humble.” Vanessa met Terri Vanessa Coleman, whom she affectionately calls “Mommie Dearest,” in Louisville in 2006. “She taught me how to portray myself, aesthetically and visually as a work of art, and how to conduct business offstage.”

The crowd went crazy! It was like a dream. It was hard work, and I had bruises, but I won the talent portion and missed the overall title by only six points.

The 2009 National Entertainer of the Year contest at the Palace Theater in Louisville was a defining moment for Vanessa. She had helped backstage and was a backup dancer since EOY 2005 when a friend who worked in the theater suggested Vanessa become a contestant performing aerial acrobatics as her talent. Vanessa had long dreamed of the circus, so she figured out the rigging and staging with the help of a local company and an artist. “The crowd went crazy! It was like a dream. It was hard work, and I had bruises, but I won the talent portion and missed the overall title by only six points.”

“I was ready to win in ‘09,” says Vanessa, “but I was not ready to reign.” For her talent at EOY 2010, Vanessa was inspired by Pink’s stunning live aerial acrobatic Grammy performance of “Glitter in the Air.” Vanessa had “elevated her costume and tricks” and began her performance playing a simple melody of the song on a grand piano. She performed her new acrobatic routine, ending with an explosion of glitter confetti and taking the title by a 75-point margin.

Vanessa performed at The Connection Night Club in Louisville for ten years and Play Louisville for three years. “I want to shine a spotlight on Play Louisville for their fundraising and community involvement.” She has also appeared at drag brunches and dinners, which she believes is “the future of drag.” But what was Vanessa up to during the pandemic, when the entertainment industry was virtually on hold?

Vanessa took a break as the alter ego of “Innovative Stylist, Theatrical Design Specialist, Makeup Artist,” and Professional Beauty Educator Mikhail Schulz of J Michael’s Spa & Salon so that he could focus on his career. Mikhail comes from a family of adopted siblings. He is from Russia, his sisters are from India, and his brother is from Italy. Mikhail grew up in the theater and performing arts, including gymnastics and figure skating, and attended boarding school in the Dominican Republic. When he was 17, his biological mother gave him an ultimatum - to live with her or pursue a gay lifestyle. He packed up his Ford Taurus station wagon and drove all night to be true to himself and find his tribe.

Starting this month, be on the lookout for a new show with Vanessa, Syimone, and Hurricane Summers at House Lounge in Old Louisville. In July, Vanessa will host the 30th anniversary National EOY event in a full-circle moment. She is preparing for a competition in Florida later this year. Everyone asks if Vanessa will ever appear on RuPaul’s Drag Race. She has been approached about it and considered it multiple times. “Let’s just say, ‘Never say never,’ and leave it at that.”