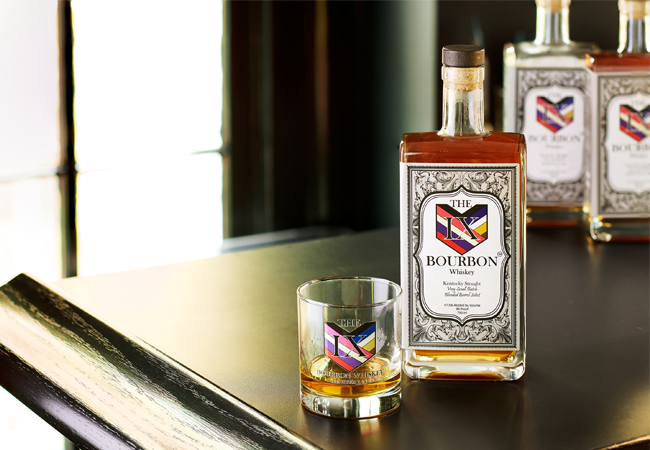 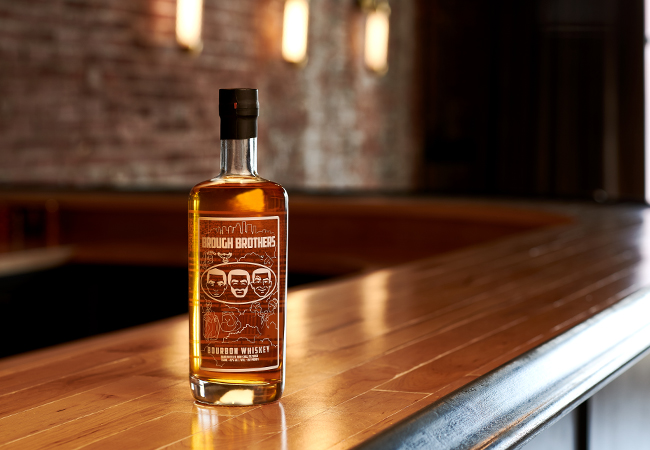 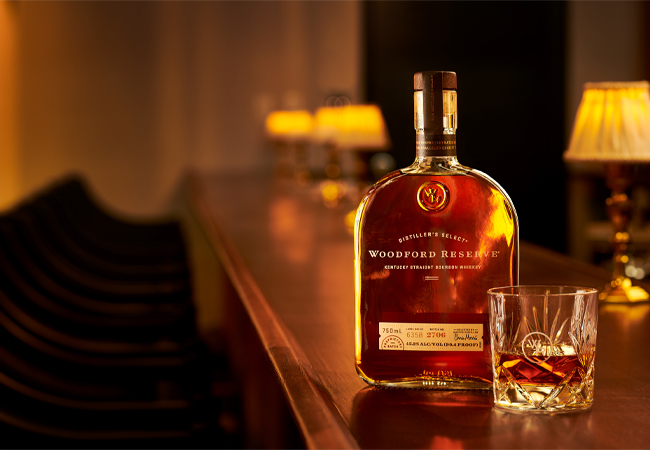 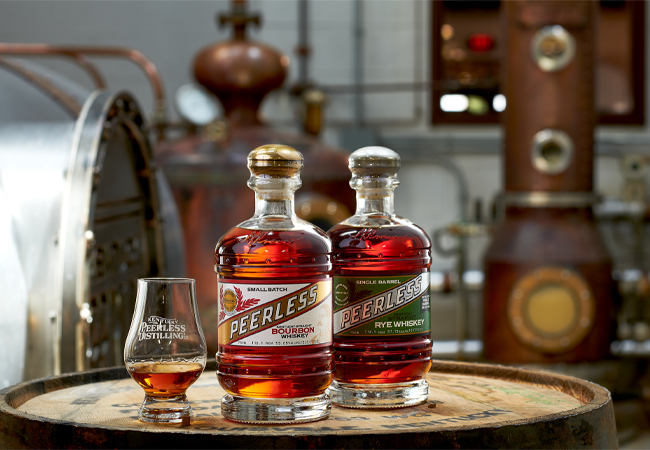 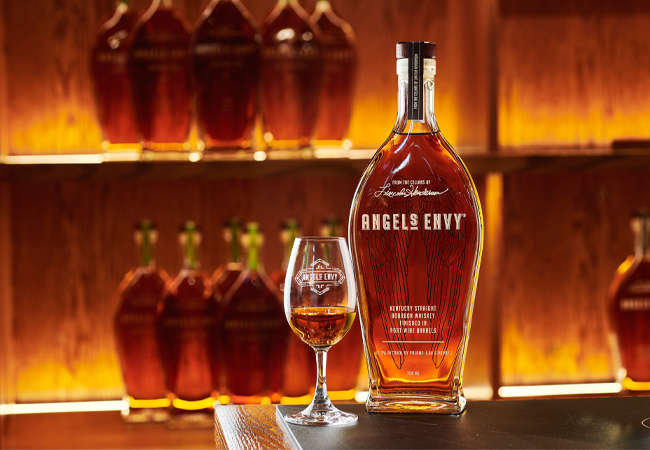 Whether you are ready to explore some distilleries or stock up for a get-together with family and friends, we have scouted the best options to raise your spirits! Here you will find the latest events and offerings from a diverse group of dedicated distillers and owners, more than happy to welcome you back.

As President and Vice President of 2 Cents, Inc., Brittany and James Penny began their journey with The IX Bourbon WhiskeyTM in September 2020. Brittany is also Social Media Manager for Metro United Way. Her husband James is Senior Project Manager for Designed Conveyor Systems, following 18 years working for various engineering functions at UPS WorldPort located at Louisville Muhammad Ali International Airport. They plan to bring all that experience to bear in developing their blended bourbon into a major spirit brand with its own distillery. Brittany admits that while they are new to the beverage industry, “We want to produce what customers want.”

According to Brittany, The IX Bourbon WhiskeyTM is a very small-batch blended bourbon with 1200 bottles planned for the first run and three additional products already in the works. “We want to give people an inclusive experience of trying our bourbon, with tastings announced as restrictions are lifted.” James is particularly proud of the fact that they place no age statement on the bottle. “Nobody has been able to guess the age of our spirits.” The Charter Line “presents a sweet flavor of buttery caramel, with undertones of chocolate, and a hint of spice,” including clove and pepper.

The IX Bourbon WhiskeyTM “is nine barrels carefully selected, all possessing unique characteristics blended to perfection.” The name also has special significance in that the Pennys firstborn daughter was born in their ninth year of marriage. The label depicts a shield with nine colors representing various shades of humanity, “bringing us together and not tearing each other down as we have been.” says James.

In addition to a distillery, James has visions of a monorail system for the Kentucky Bourbon Trail®. “It’s counterintuitive to have a tasting and get in the car and drive to the next distillery.” This form of mass transit would also bring people together to network with fellow bourbon aficionados.

The first and only African American Distillery in the Commonwealth of Kentucky, Brough Brothers is owned and operated by the Yarbrough brothers. The eldest, Victor, is CEO, middle son Bryson is COO, and the youngest, Chris, is CMO. Bryson Yarbrough is also the first African American Master Distiller in Kentucky. Brough Brothers started as an import/export company with offices in the United States and the United Kingdom.

While living in the UK, Victor Yarbrough “saw the opportunity to provide fantastic products to each continent.” The brothers used their “experience, insight, and relationship” to launch Brough Brothers Bourbon and Distillery. “I use my sales background and marketing expertise to create programs to engage our supporters and market our brand,” says Chris Yarbrough. Bryson is a retired military veteran with a science education and mechanical experience, “the perfect tools” for a Master Distiller.

“Brough Brothers is a craft distillery that has direct roots to the West Louisville community,” which Chris says sets them apart from other distilleries. The brothers grew up in the West End. Their Distillery, located at 1460 Dixie Highway in the Park Hill neighborhood, allows them “to provide positive examples and direct economic impact” to the community.

In addition to in-store and virtual tastings across the country, Brough Brothers Distillery plans to offer virtual and in-person tours in the near future. The Distillery includes a bar and retail shop as well. “We are keen to sponsor and create events for our supporters and have started the search for brand ambassadors,” says Chris. Brough Brothers Bourbon is available in 23 states across the US and internationally in the United Kingdom. “We’re looking forward to rolling out in all 50 states by the end of the year!”

The distillation of fine Kentucky bourbon first occurred on the National Historic Landmark Woodford Reserve® Distillery site in 1812. Woodford Reserve® took up the torch in the early 1990s, putting in modern technology and three traditional copper pot stills to create unique flavors. Iconic Kentucky horse farms surround the distillery with its back deck overlooking a horse pasture, where the neighbor’s foals are out in the springtime.

Woodford Reserve® Assistant Master Distiller Elizabeth McCall has nostalgic attachments to the geographical location of her workplace. “The beauty is second to none. It’s like taking a step back in time to the relaxing, comforting Kentucky countryside.” When the bourbon barrels roll down the barrel run from the distillery to bed in the warehouse (a phenomenon known as “The Woodford Wobble”), she likens it to the “So Long, Farewell” children’s bedtime scene in the film “The Sound of Music.”

Elizabeth received undergraduate and graduate degrees in Psychology at the University of Louisville before landing at Brown-Forman in 2009 as a Sensory Technician in nosing and tasting. She worked her way up through R&D, quality control, and production facilities to become Senior Quality Control Specialist & Master Taster in 2016. Elizabeth assumed her current role in 2018. “I wear many hats. In addition to serving as spokesperson, the face of the brand, and brand ambassador, I work closely with Master Distiller Chris Morris.” Their annual Master’s Collection release is renowned for “innovation, flavor, and quality.”

This month, be sure to get your hands on Brandy Cask Finished Bourbon Blend, the latest expression of the Woodford Reserve® Distillery Series, available exclusively at the distillery and select retailers. “This whiskey is a blend of Woodford Reserve Bourbon finished in American Brandy barrels and French Brandy barrels. The nose has delicate notes of caramel and chocolate-coated vanilla wafer laced with the faintest hints of cotton candy and citrus peel. The taste is of soft caramel and brown sugar mingled with a rich vanilla bean character. Fig and vine fruit round out the palate with a soft and powdery finish.”

According to Marketing and Public Relations Associate Tara Bowling, Kentucky Peerless Distilling® Co. originated in the early 1880s, before flourishing under entrepreneur Henry Kraver in 1889 as Peerless Distillery. Peerless shut down in 1917 to support war efforts, although Peerless remained available by prescription for medicinal use through the early 1920s. The distillery opened by fourth and fifth generations Corky and Carson Taylor in 2015.

Kentucky Peerless® Single Barrel Curator John Wadell got his start as a bartender when he met Peerless® Master Distiller Caleb Kilburn. John was already familiar with the industry as a native Louisvillian. Caleb invited him to learn the business from the ground floor, from cooking the mash to distillation to a Single Barrel Tasting Board seat. Tara similarly rose through the ranks, from Distillery Tour Guide to Legal Assistant to Marketing.

Tara believes Kentucky Peerless® Distillery differentiates itself through crafting “the best product without shortcuts.” Quality takes precedence over financial expediency. John adds that everything is done in-house. Guests can view the whole operation, including production, bottling, and rickhouse aging and storage. “We are a small company with a strictly sweet mash. All our bourbon whiskeys are barrel-strength, using simple filtration for purer taste.”

Kentucky Peerless® Distillery offers three tours and three tastings per day limited to groups of ten by reservation only. Tours are conducted at 10:30 am, 12:30 pm, and 2:30 pm, with “Sensory Experience” tastings at 11:45 am, 1:45 pm, and 3:45 pm. The distillery is open Monday through Saturday, 10 am - 5 pm. Private VIP Heritage Tours are available Monday through Thursday by reservation

only. The distillery’s event space is currently operating at half-capacity - 30 seated or 50 standing. A rotating schedule of hand-selected single barrel Bourbon and Rye selections named for their tasting notes “are offered exclusively at the Peerless® distillery in limited quantities.”

Dee believes the people and product distinguish Angel’s Envy® from other distilleries. “We teach how to taste in an educational tasting experience. Our finished whiskey adds a wonderful complexity to the taste,” says Dee. With the lifting of COVID restrictions and the revitalization of Downtown

Louisville, Dee and her team are excited to fully open the doors again “and let people see Angel's Envy's working, full-production distillery where its whiskeys are distilled, finished, and bottled.” The distillery’s popular Bottle-Your-Own Tour is back this month on weekends, and Tasting Experiences are by reservation. Both can be reserved online at angelsenvy.com.

On May 14, 2021, Angel’s Envy® announced the release of Angel’s Envy® Kentucky Straight Bourbon Whiskey Finished in Madeira Casks in celebration of Father’s Day. The limited-run, 100-proof (50% ABV) whiskey is the third release in Angel’s Envy’s Cellar Collection, the brand’s special release program led by Wes Henderson and his sons to honor the late Lincoln Henderson’s pioneering and innovative spirit. Tasting notes include caramelized banana, brown sugar, raisins, almonds, and faint cherry on the nose and notes of oak, grass, smoke, leather, chocolate, and dried cherries on the palate. The finish lingers with notes of almond and hazelnut. Public sale (limit one per customer) begins at 1 PM ET on June 6, with approximately 400 bottles available at Angel’s Envy’s distillery and limited quantities at select retailers in KY, NY, CA, FL, TN, IL, and TX.