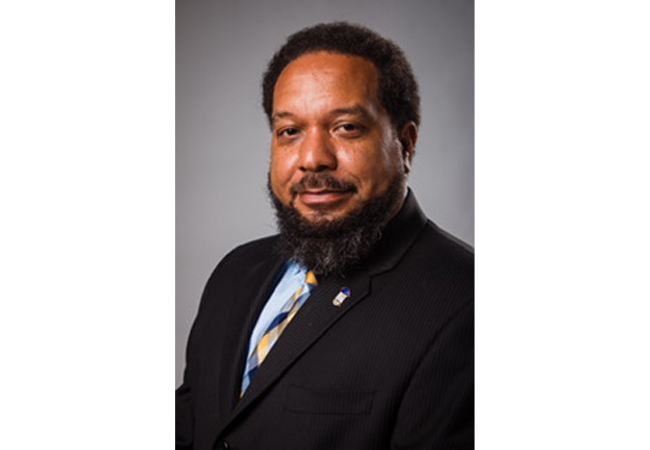 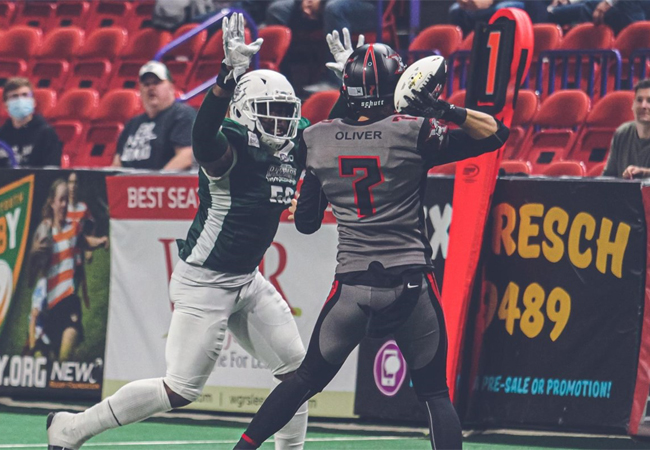 As an owner and Director of Communications for Louisville Xtreme Football, an Official Partner of the Indoor Football League, Haven Harrington III is proud to be part of an almost exclusively Black-owned sports franchise.

“It means a lot and is a rarity in the sports landscape.” Harrington is also CEO of Maine Event Sports Group and hosts the 100% Black-owned sports talk radio program “The Main Event Sports Show” on WLOU and ESPN, one of only a few such shows east of the Mississippi. Through Louisville Xtreme Football, “Along with the social unrest and revitalization in the West End, we hope to bring about healing and show young people that if you put your mind to it, you can achieve anything.”

Harrington’s father and grandfather had a “tremendous influence” on him. His grandfather, also known as the “Mayor of Russell,” was a barber in the Russell neighborhood, interacting with people at all levels. Haven Harrington, Jr. has served on the Executive Committee of the Louisville Branch of the NAACP for many years. Harrington III still lives in the Russell neighborhood, and also counts the advisors and elders of his fraternal organization Phi Beta Sigma at the University of Louisville as mentors who shaped his leadership style.

After meeting on the radio show, Louisville Xtreme Football Co-Owner Victor Cole convinced Harrington to join him in bringing a professional football team back to Louisville. Cole is a former semi-pro football player and decorated veteran of the Kentucky Air National Guard with multiple stateside and overseas deployments. In addition to a team owner and media group owner, Harrington is the founder of Main Event Leadership Academy, a board member of KMAC (Kentucky Museum of Art and Craft) Museum, and an advisory board member of Russell Place of Promise.

We teach our athletes how to position themselves, conduct themselves in interviews, and prepare for life after football.

Harrington, Cole, and their fellow team owners are determined to pass on what they have learned and give back to their athletes, fans, and community. “We teach our athletes how to position themselves, conduct themselves in interviews, and prepare for life after football. We are intentionally headquartered in Downtown Louisville at 1300 West Muhammad Ali Boulevard, and we outsource our HR, media, and CPA positions to Black Women-owned companies. As business owners, we support each other. We try to reach out to Downtown, the West End, the South End, and the East End, to pull everybody together.”

To experience the excitement of professional football in Louisville, attend a Theme Night such as Superhero/Youth Night for Autism Awareness on June 12, Country Night on June 27, Military Appreciation Night on July 3, or the first nationally televised Louisville Xtreme Football game on July 10. The IFL recently secured a multimedia rights partnership with the Stadium network. Purchase your tickets today at louxtreme.com and follow @LouisvilleXtremeFootball on Facebook and @LouXtremeFB on Instagram and Twitter.