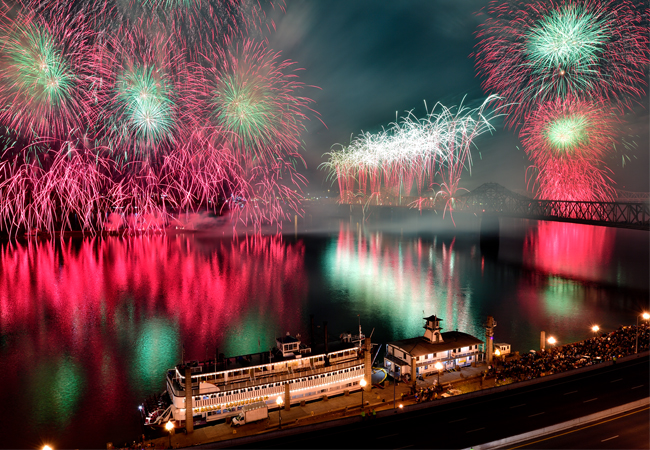 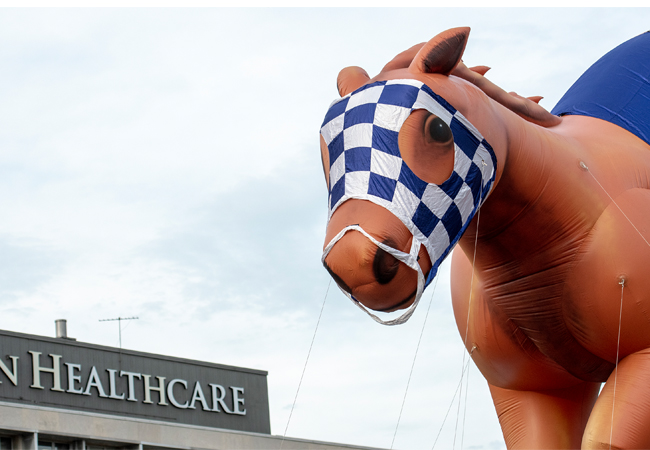 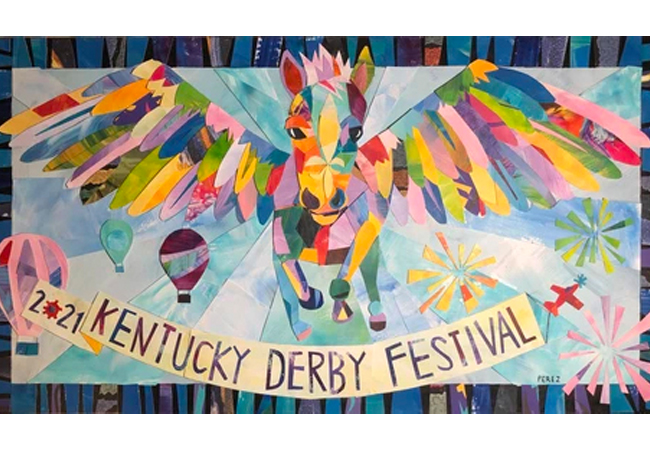 Spring has sprung, and Derby fever is back in the city of Louisville! The Kentucky Derby Festival “will be different in 2021,” according to KDF Executive Vice President and Chief Engagement Officer Stacey Robinson, “but you can still see and feel the tradition. We intend to bring more festival events and that festival feeling to the community.” Stacey Robinson began her career with KDF as an Event Manager. She then became a Marketing Manager, worked her way up to Director of Membership and Special Projects, and was promoted to Vice President Administration and Senior VP of Operations before assuming her current EVP role. With over 35 years of experience working for the Kentucky Derby Festival, Stacey is the perfect person to guide us through this year’s event schedule.

Due to the pandemic, there were no public, in-person Kentucky Derby Festival events in 2020. The Kentucky Derby was moved from the traditional first Saturday in May to September 5. In its 145-year history, the Derby had only taken place outside of its regular May schedule once before - in 1945 during World War II. “Our first concern is the safety of people,” says Stacey. “So last year the (KDF) Board made the decision not to produce events based on the guidance of the CDC, Governor Andy Beshear, and Louisville Metro Government. For the most part, people still need to celebrate in their own “safe spaces” this year. Still, the Kentucky Derby Festival Board and Staff have monitored developments closely and asked themselves, “What can we do to bring some spirit and entertainment to the city?”

Carrying over from 2020, virtual events will continue in most cases and, due to the “pandemic pause,” the Derby Festival Royal Court will serve an unprecedented two-year reign. The Kentucky Derby Festival retained its 2020 Board Officers for another year as well. The Royal Court Coronation typically occurs during The Fillies Derby Ball at The Galt House Hotel. This year, a virtual coronation of the Derby Festival Queen will take place by a spin of the wheel.

No pandemic can stop the iconic accessory that is the Kentucky Derby Festival Pegasus Pin®! Seeing the colorful flying horses pop up on grocery store shelves and then on lapels all around town brings back that old familiar feeling of pride in our city. For 2021, there is a surprise mystery Pin in every envelope that could be from any year between 1973 and 2021. Don’t forget to register your Pin to be eligible to win Weekly Grand Prizes. Registered Gold Winner Pegasus Pins are eligible to win the GOLD Winner Grand Prize of $15,000 cash! Main Event Louisville is celebrating PIN Tuesdays through May 31st. Wear your Pegasus Pin® (and your mask!) to get special deals and promotions. Stacey sees wearing the Pegasus Pin® as a way to “show support for the community” and share “the spirit of Derby.”

Unlike last year, 2021’s Kentucky  Derby Festival offers a mix of virtual and socially distanced in-person events. With no fireworks on or over the Louisville Waterfront, Thunder Over Louisville has been re-imagined for 2021. In addition to #MeijerBackyardThunder- Sweeps through April 11, activity and coloring pages for the kids, food and cocktail recipes, and Thunder Facebook Profile Frames and Zoom Backgrounds, keep an eye on KDF’s Thunder Site for a special Thunder Over Louisville tribute scheduled for April 17. In the afternoons of April 10 & 11, the Zoeller® Pump Company Pegasus® Parade-themed “A Tribute to the Community” will feature nearly 20 parade units traveling over 60 miles through over 35 Louisville neighborhoods. Regardless of where they live, everyone can participate by decorating “your porches, yards, cars, and homes in honor of this year’s Derby Festival season” and tuning into a WAVE 3 News parade special that will air on Thursday, April 29.

The Stock Yards Bank $1 Million Dollar Hole-in-One Golf Contest® at Seneca Golf Course begins Thursday, April 15, and runs through Sunday, April 25. And Stacey, for one, sure would like to see someone finally take that cool million after 32 years! The PNC Tour de Lou bike ride on April 18 and the Humana Derby Festival miniMarathon & Marathon April 18-22 will feature staggered start times and various other COVID protocols, with virtual options still available as well as in-person.

Macy’s Presents the Spring Fashion Show® will air on WHAS 11 Wednesday, April 14 from 9-10 am and Saturday, April 17 from 12-1 pm. The Kroger Great BalloonFest® Tribute is April 24, and The Great Steamboat Race Presented by Kroger is April 28. If you’re not one of the lucky 300 to score a ticket on the reduced-capacity Belle of Louisville, socially-distance on the Riverfront to watch The Belle of Louisville will take on Belle of Cincinnati and American Duchess for the coveted Silver Antlers and Ohio River bragging rights! WAVE 3 will televise the Ashley HomeStore Great Bed Races (in-person for employee participants only) on April 26. Be sure to tune in to this hilarious, underrated spectacle of decorated beds on wheels and co-workers in ridiculous costumes.

Stacey wishes to acknowledge all of the Kentucky Derby Festival’s “community-minded” sponsors, “We can’t thank them enough.” She encourages everyone to have their own “mini-festival at home” and “watch the various broadcasts on TV.” Unlike the way many of us felt last year, “Not all is lost, and we have something to look forward to in 2022.” As for this year, “I am excited to be able to do a handful of events. It was difficult watching the daily news and its toll on the community and the world as a whole. I want to see everyone decorate their yards, homes, doors, and windows, looking forward to better times when everyone is part of the celebration.” Stacey is “pretty hopeful” about next year. “With the emergence of the vaccines and people receptive to taking them, if we do even three-quarters of what we were able to do in the past, I will consider that a success.”