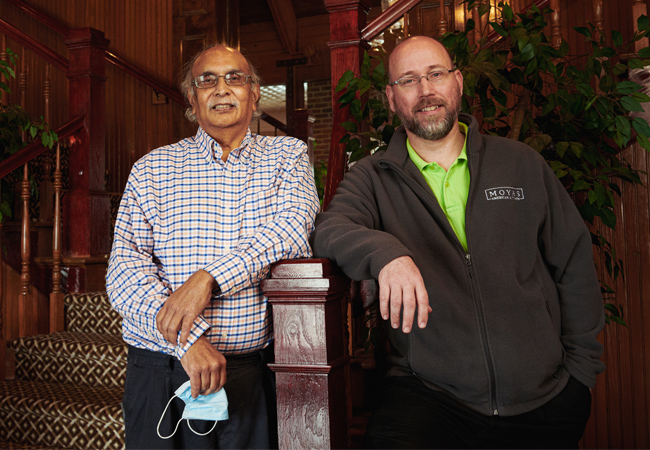 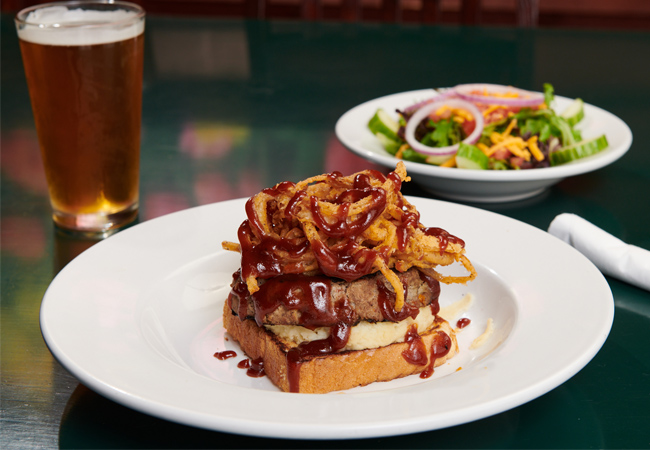 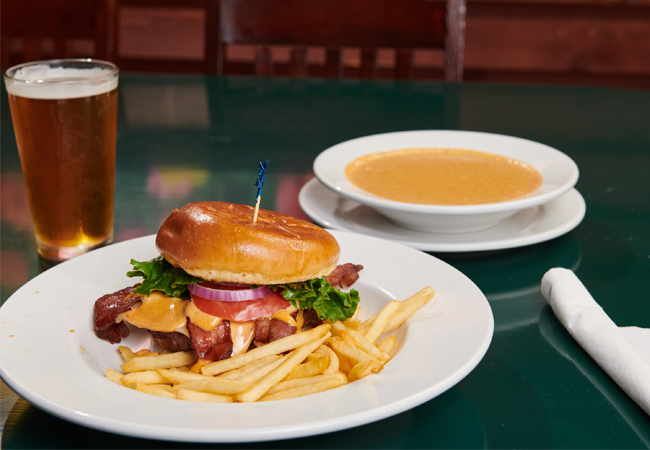 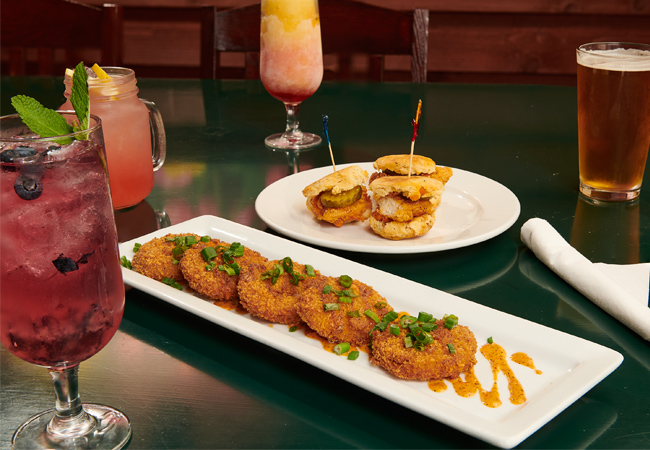 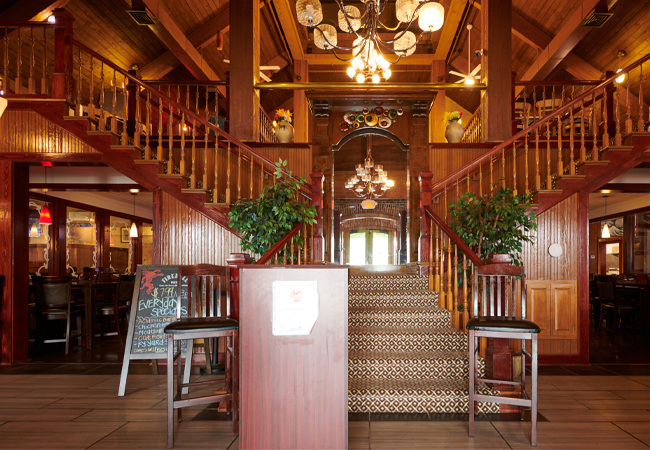 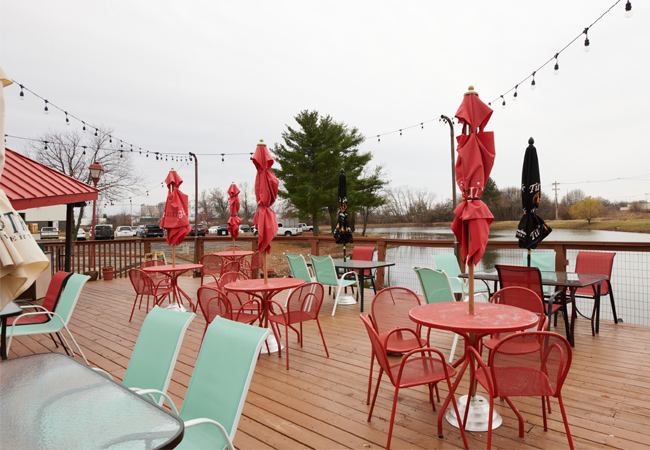 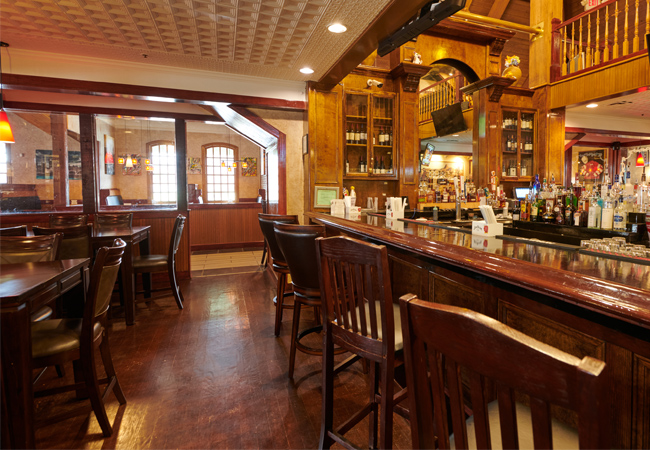 The Plainview location that is now Moya’s American Kitchen had stood vacant for several years when Owner Prasad Kaza began the remodeling project that would take over two years to complete.

General Manager Chris Cunningham came aboard partway through renovations and assembled the front and back of house teams. The restaurant was ready to open in early March 2020. Due to the spread of coronavirus and COVID-19, Kentucky’s Governor shut down indoor dining on March 16, 2020. By the time restaurants reopened to limited capacity on May 22, Moya’s had lost 80% of its employees, and the hiring process had started all over again. Then on June 4, a summer thunderstorm caused roof damage and leaks resulting in yet another delay. Moya’s reopened on June 12. When Prasad and Chris decided to close the restaurant for the winter, all but three employees returned in February. “This is a work family,” says Prasad. “We take it seriously and help each other. Chris pulled the team together and personally raised money to see them through.”

Prasad Kaza came to this country fifty years ago, “This country has been great to me, and I have never looked back.” He owned a Thrifty Car Rental in New York City for several years until the World Trade Center attack forced him out of business. Prasad also worked in the restaurant industry on and off for over twenty years. When a partnership/management opportunity with Backyard Burgers came available, he moved to Louisville. That is where Prasad met Chris Cunningham. Chris had been a frequent Backyard Burgers customer who worked at a nearby printing company for eighteen years. One day on a whim, Chris decided to return to Backyard Burgers for lunch with his three children. Prasad invited him to see the progress on the future Moya’s building, and the rest is history.

Chris Cunningham earned a degree in Accounting from the University of Louisville. His business management career took him from Accounts Payable to an HR position on the executive team. Although he has no restaurant management experience, his education and experience serve him well in all aspects of his current role. Prasad credits Chris with the vision of live entertainment on the deck by the lake. Chris admits, “If it weren’t for the deck, we wouldn’t have lasted through this year.” Theirs is a relationship of mutual respect. “Chris took a lot of responsibility off my shoulders,” says Prasad.

After all they have endured together, Moya’s team takes pride in the ambiance, consistency, quality of ingredients, and reasonable prices. Menu highlights include the scratch-made Grandma’s Tomato Soup and the Fried Green Tomatoes appetizer with house-made bourbon remoulade. Best-sell- ing Entrées are the Meatloaf Stack and, especially during Lent, the Catfish Dinner. The Meatloaf Stack starts with a base of Texas toast and mashed potatoes topped with a thick slice of meatloaf crowned with onion straws and a BBQ drizzle. The Signature Burgers feature six different flavor combinations. Five Monday through Friday $7.99 lunch specials (Meatloaf Sandwich, Chicken Tenders, American Classic Burger, Yard Bird Sandwich, and Catfish Sandwich - all served with fries or tots) are now available all five days!

Sports lovers appreciate the four TVs in the bar and several more out in the dining areas. The Louisville Poker Tour sponsors tournaments at 7 pm on Wednesday nights. As the weather gets warmer, live music will return to the deck on Friday and Saturday nights. “We will continue to explore other entertainment options,” says Chris. The deck seats 40-50, and the covered porch seats 25- 30 at capacity.