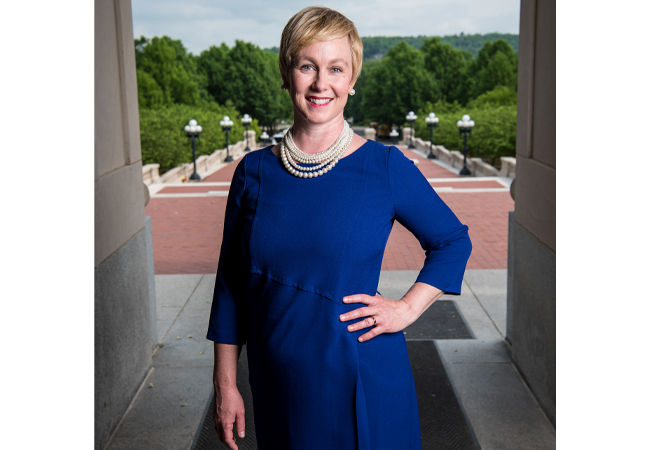 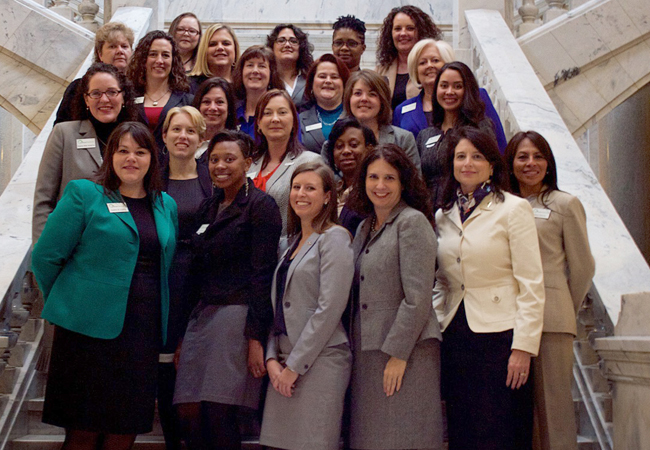 Interested in serving your community by running for elected office? Since 2009, Emerge Kentucky has trained 250 women across the state, from Pikeville to Paducah, as candidates for office to change the face of Kentucky politics.

“Women are just as equipped and successful when we run for office,” says Executive Director Gretchen Hunt. “We are as qualified and as capable of running for office when we have the courage to step forward, not be afraid of failure, work hard, raise money, lead volunteers and always act with integrity.”

The mission of Emerge Kentucky is to increase the number of democratic women from diverse backgrounds elected to office in Kentucky. After the six-month signature training program, the network of support continues with the organization’s alumnae network.

Of the 250 women who have gone through the training, over a third have gone on to run for office, and 43 Kentucky Emerge alumnae are currently serving in elected office. Lt. Governor Jacqueline Coleman is among them, as are Rep. Attica Scott and Rep. Pamela Stevenson, the first two Black women in the legislature in nearly 20 years, and Rep. Nima Kulkarni, who is the first immigrant, Asian and Indian person to serve in the Kentucky legislature.

“It may take a few tries, but our record of women running and winning demonstrates the importance of persistence and resiliency,” says Gretchen. “Women are already leaders in their communities, in their families, in their churches, synagogues, and mosques and it is within our power to step into the political realm.”

Gretchen herself is an alumna of Emerge Kentucky. As a teenager, she was a member of the Kentucky Governor's Scholars Program before her senior year at Atherton High School in Louisville. After high school,  she earned degrees from Boston College and Boston College Law School.

“I have always had a passion for public service and women's empowerment,” Gretchen says. She credits her mother as her model of leadership. Virginia Hunt was one of the first pediatric nurse practitioners in the country in the 1970s. Gretchen’s father, Dr. Lawrence Hunt, is a retired professor of virology from the University of Louisville. Both of them showed Gretchen the value of serving others.

“My work with survivors of gender-based violence led me to an interest in public policy, which led me to run for State Representative in 2014 and complete the Emerge Kentucky training,” she says. While her first try wasn’t successful, it opened other opportunities for her to serve. She served as director of the Office of Victims Advocacy within Attorney General Beshear’s office. One of her proudest accomplishments was working with him to form the Survivors Council at the Office of the Attorney General “to empower survivors of crime to have a seat at the table in policy, education, and awareness,” she says. In September 2020 she was able to combine her passion for policy and women in leadership roles when she became the executive director of Emerge Kentuck

Women are already leaders in their communities, in their families, in their churches, synagogues, and mosques and it is within our power to step into the political realm.

Emerge Kentucky is an independent organization but is part of the larger Emerge America network which was founded in 2005 and has a presence in 27 states. Emerge Kentucky was the 9th state and the 1st southern state in the network; it is funded by private donors, corporations, labor unions, and other political organizations. “We are focused squarely on candidate training and do not take policy positions or endorse candidates,” Gretchen says.

The alumnae of the organization are still provided with ongoing continuing education. “We know that someday, we will train women who may run against one another,” says Gretchen, so the focus of Emerge Kentucky is on empowering women, building a supportive network, and promoting a campaign of ideas, not personal attacks. Emerge Kentucky strongly values equity and inclusion in its class and alumnae network.

“For Black, indigenous and women of color, single mothers, LGBTQ women, working-class women, survivors of gender-based violence and women with disabilities, we know that additional barriers of discrimination and bias exist, but they can be overcome,” says Gretchen. “We can, and must, ensure that politics centers diverse women in leadership.