TOP 5 DINING: JUST FOR THE HALIBUT 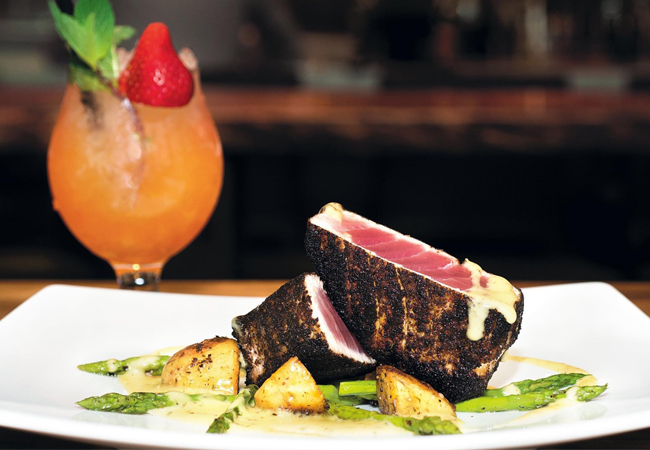 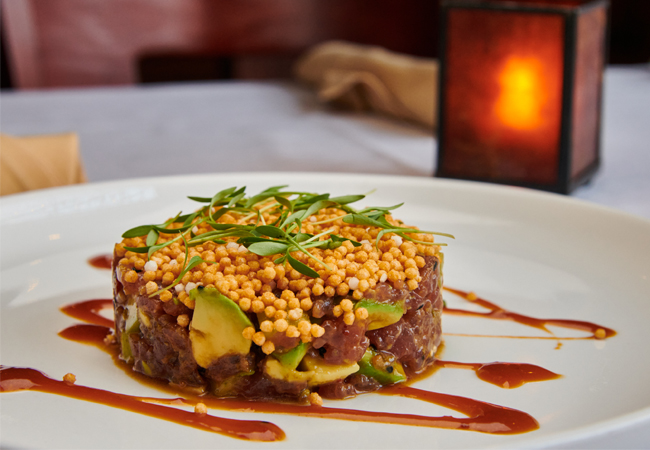 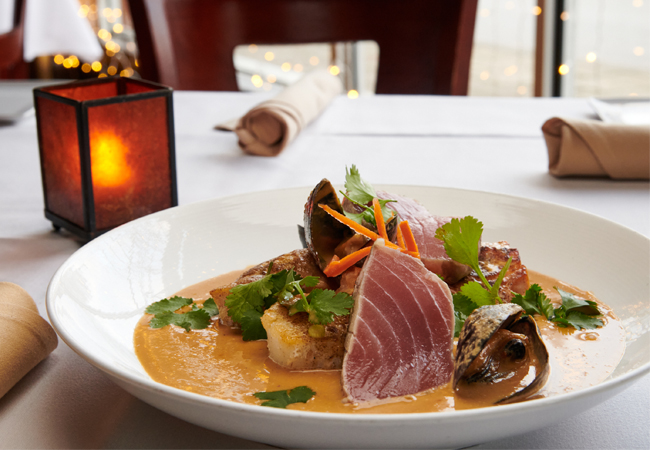 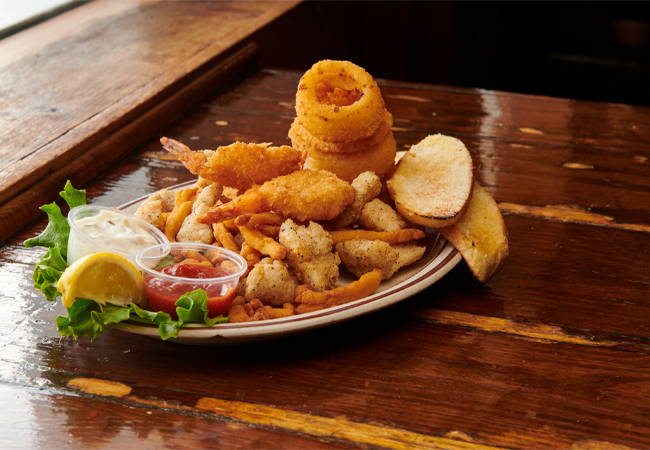 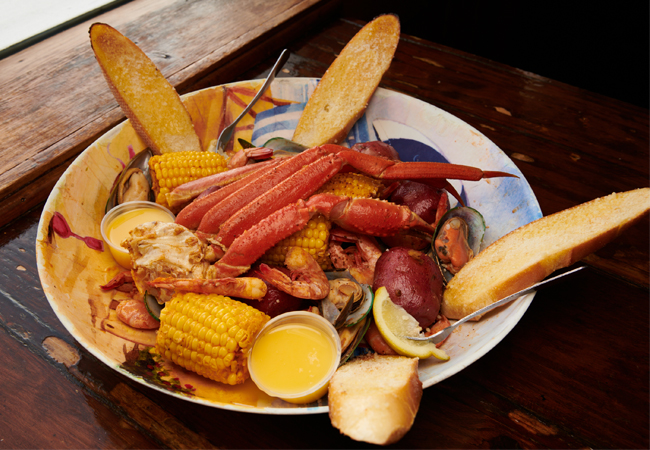 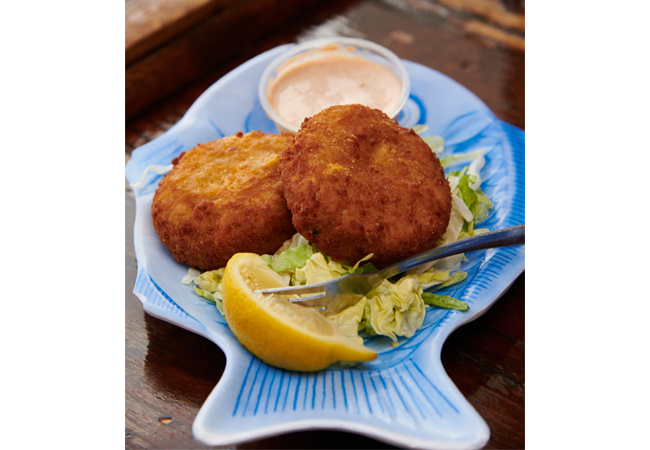 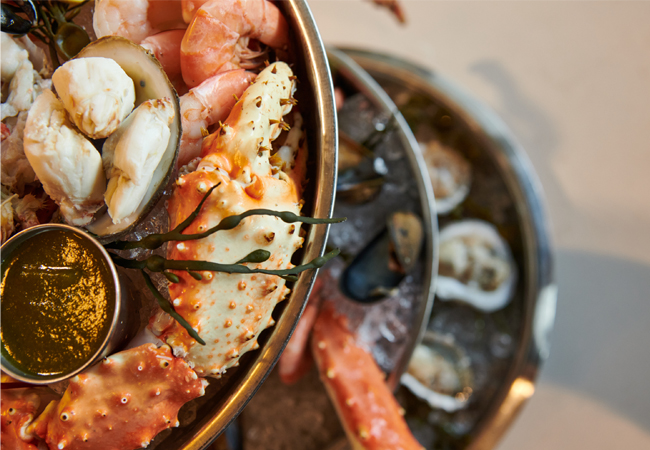 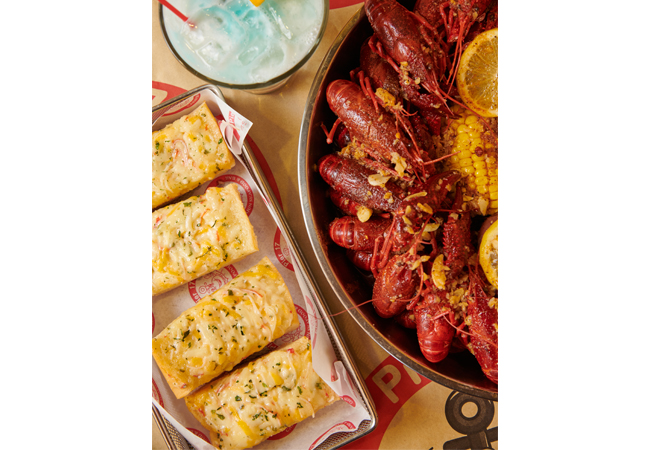 River House Restaurant and Raw Bar is a premier restaurant serving “Regional Cuisine with a Southern Flair Featuring Fresh Seafood Daily'' located on the Ohio River with riverfront dining and multiple outdoor and private dining spaces. Executive Chef/Proprietor John Varanese is originally from Cleveland, where he worked in one of its famed Italian restaurants. He earned his culinary and management degrees from Johnson & Wales University in South Carolina and served as Kitchen Manager at Magnolia's in Charleston for three years. An Executive Chef position at Azalea lured John to Louisville, where he also owns Varanese, Levee at River House, and the event space Savor. He was invited to cook at New York City’s James Beard House in 2012 and 2017 and serves on the Kentucky Restaurant Association’s Board of Directors.

The Bourbon Lounge in Levee at the River House now has new, generously-spaced lounge seating with the River House service guests have come to know and love. River House’s top tier 4000 square foot patio is fully-enclosed, heated, and well-lit for chilly evenings. For reservations, visit riverhouselouisville.com. Follow @riverhouselou on Facebook and Instagram.

A Middletown legend, Rumors Restaurant was started 35 years ago by husband and wife owners Cheri and “Gus” Gustafson and has been “growing with the community” ever since. “We have so many regular customers that it has become a generational experience,” says Cheri. “It is heartwarming, humbling, and so fortunate for us. And we couldn’t do it without the dedicated help of our employees.”

Gus is originally from Oregon and moved to Louisville in the 1970s. He spent his whole working life in the restaurant business, including chains of steakhouses. He met and married Cheri, and together they decided to open their own restaurant. Cheri explains their concept, “We wanted it to be like the places we go to when we’re on vacation: beachy, fun, and casual - not fancy.” The original menu focused on steamed seafood items, which were unusual for Louisville at the time. It also included more familiar, “mainstream” seafood restaurant items. Rumors served many dishes family-style initially, and that continues, although there are now more individual entrées and a la carte selections.

Cheri asserts that the menu has “something for everyone” and was kind enough to tour us through their most popular offerings. Fresh Gulf Coast Oysters on the Half Shell are served by the dozen or half-dozen. The Shrimp Cocktail’s plump, jumbo shrimp on ice pair perfectly with Rumors home-made cocktail sauce. A “Florida specialty,” the delicately Smoked Tuna Dip comes with jalapeňos, red onions, and crackers. Available as an appetizer, an entrée, or on a Po’boy, Louisiana Crabcakes are “cooked to a golden brown, crispy on the outside, soft on the inside, and served with remoulade sauce.” Rumors makes all salad dressings and soups from scratch. New England Clam Chowder, Seafood Gumbo, and Rumors Chili are offered every day, as well as a Soup of the Day.

Rumors Shrimp Boil for One or Two is the traditional shrimp, corn, and new potatoes with salad and parmesan toast to boot! The Dreamer Steamer Bowl is “Plenty for two!”

Pier 17 Cajun Seafood & Bar opened at 1975 South Hurstbourne Parkway in April 2020. The first four weeks were carryout only. “It was an interesting time to open a restaurant,” says General Manager Mark Whitlock. “But it gave us some time to work out the kinks.” Mark has worked in various capacities in restaurants since the age of 15.

As the first Louisville restaurant to offer choose-your-own “boil in bag” seafood, Pier 17 allows customers to “Pick Your Catch,” seasoning, and heat level. Mark enjoys working in this fun atmosphere. “We have quality food and offer above-and-beyond service. Our private dining room is booked for parties nearly every night of the week.”

In addition to the customizable seafood feasts, Pier 17 is famous for its Family Boat For 4: 4 lobster tails, 1 lb king crab legs, 2 lbs crab legs, 1lb shrimp, 1 lb crawfish, 1lb green mussels, 4 corn, 4 potatoes, and 4 eggs for $199. Pier 17 gives away two Family Boats in drawings held on the 1st and 15th of each month. Mark also recommends the Lobster Roll Po’ Boy served cold with lettuce, tomato, onion, mayonnaise, and remoulade sauce. And Seafood Bread, baked with a 5-cheese blend and crabmeat spread, is a popular choice as an appetizer or on the side for sopping up the delicious seafood sauces.

Join Bar Manager Marcus Bartholomew for Happy Hour Monday through Friday from 3-6 pm for $1 Chesapeake Bay oysters, $2 draft pints, and half-off appetizers and house wine. Enjoy his cocktail creations any night of the week, like the Cajun Mary, Pier 17 Punch, or the most popular Shark Bite with Bacardi rum, piña colada mix, and blue curaçao. Pier 17 offers the following Weekly Specials: 50% off Margarita Mondays, kids 5 and under eat free on Tuesdays, 1⁄2 price wine by the bottle Wednesdays (house wine not included), $6 domestic buckets on Thursdays, and Sunday $1 mimosas.

Near the close of 2020, Esquire Magazine named Seviche, located on Bardstown Road in the Highlands Deer Park neighborhood, among the “100 Restaurants America Can’t Afford to Lose.” In 2011, former Esquire food and travel correspondent John Mariani wrote, “If you have time for one meal in Louisville, make it Seviche.” Dubbed “Nuevo Latino'' at the start of its wildly successful fifteen-year run, Seviche continues to innovate and surprise through the genius of three-time James Beard nominee Chef Anthony Lamas. “Louisville embraced us. We opened at the right time in the right place.”

Chef Lamas stays true to his Puerto Rican/ Mexican heritage while supporting local farmers and using Southern ingredients. “Our style and flavor profile with hints of Pacific flavors is a reflection of me, the way I know how to cook and grew up eating, how my mom cooked.” As a teen, he worked in his family’s Spanish restaurant, prepared meals on the family farm, and participated in Future Farmers of America. In 1992, Chef Lamas landed in Louisville’s burgeoning culinary scene, where the UPS hub makes fresh seafood readily available.

Where else to begin your meal than with seviche, the restaurant’s namesake seafood appetizer. The latest Shrimp Seviche preparation is “tart and sweet” with flavors of passion fruit and mango. Tuna Tiradito, a Latin sashimi-style seviche, is marinated with soy and ginger and accompanied by green apple and aji amarillo, a Peruvian yellow chile.

Until their popular Dinner and a Movie series can safely resume, Seviche hosts monthly socially-distanced wine dinners. To make reservations, visit sevicherestaurant.com. For the latest specials and service updates, follow @sevicherestaurant on Instagram and Facebook.

Experience the best the ocean has to offer. Described as a “Seafood Paradise,” Brendon’s Catch 23 has established itself as a Chef-driven premier restaurant destination for the best the ocean has to offer. The seafood at Brendon’s Catch 23 is flown in daily and cut by Brendon’s chefs. In addition to responsibly fished wild-caught seafood and shellfish, the diverse menu includes classic and unique inspired side dishes and appetizers such as Alaskan King Crab, Jumbo Lobsters, freshly-shucked Oysters available on ice, Mac & Cheese, Asparagus, Fries, and their much-desired Seafood towers, all of which will satisfy any personal craving.

However, Brendon’s offers so much more than just its incomparable seafood menu. There are antibiotic-free, hand-cut prime steaks that impress equally, from a 10-ounce prime to a 32-ounce prime tomahawk ribeye, along with New Zealand racks of lamb, Low country offerings, gluten-free, vegetarian, vegan, and handheld options. The setting for your meal is the new definition of fine dining, exuding a relaxed but comfortable and elegant atmosphere. Perfect for any special evening, Brendon’s Catch 23 also offers an array of private dining options for any occasion, be it a personal celebration or important client meeting. Brendon’s will even tailor just the right menu to make your event memorable.

In addition, Brendon’s bar program is exemplary, with more than 100 of Kentucky’s finest bourbons, consisting of the rarest and allocated offerings, including an assortment of Brendon’s own personalized blended Bourbons that are available by the glass or by the bottle. There are also many hand-crafted, one-of-a-kind cocktails that amaze along with the in-house sommelier-driven wine list. At the bar, there’s truly a drink for every occasion and every mood, from Brendon’s 1081, their riff on the classic Old Fashioned, to a rare and allocated reserve wine list. In short, Brendon’s Catch 23 is not your grandfather’s surf and turf — it’s a dining destination for world-class, unique spirits, cocktails, succulent seafood, and steaks that promises a full-on sensory experience, not just a meal.