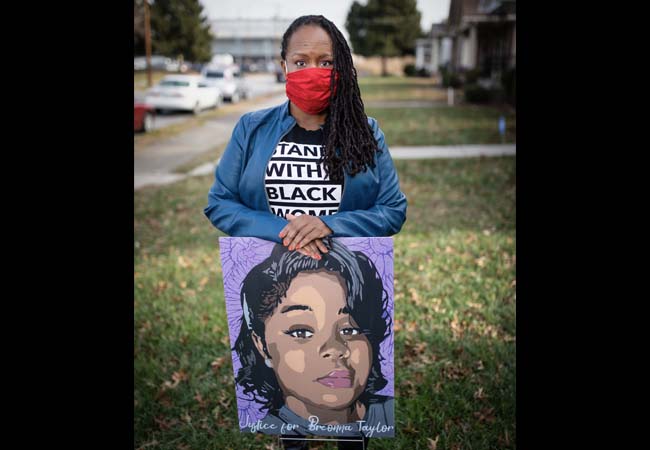 Kentucky State Representative Attica Scott (D41) has always had a passion for community activism and organizing, especially in the Kentucky Chapter of Jobs With Justice, issues of institutional racism, and anti-racism. She graduated from the first Emerge Kentucky class in 2010, served as an English immersion teacher in China, and as an Adjunct Faculty Member at JCTC and Bellarmine. In addition to multiple local awards and honors, Representative Scott is most proud of her work on Louisville Metro Council to restore voting rights, raise the minimum wage, and remove the felony question from job applications. As a state legislator, she champions girls’ and women’s health, poverty reduction, housing, education, and civil rights.

In 2020 and moving forward, Representative Scott’s top priority is seeking justice for Breonna Taylor and banning the use of no-knock warrants. She has proposed the Maternal Care Access and Reducing Emergencies Act to address implicit bias in healthcare and the C.R.O.W.N. Act to outlaw discrimination against natural hairstyles. Representative Scott hopes to make Kentuckians aware that no Black members of the legislature have had a bill passed. “I’ve never even had one of my bills heard in committee. For as much as racism persists in society, it is even more blatant in government and politics.”

As for her District 41 constituents, the priorities are much the same. Representative Scott sees the socioeconomic range of the district as an advantage.

“It is an amazing opportunity to connect and build bridges, to bring people together to build on their knowledge and power. Community members can say, ‘Here’s what’s hurting,’ and I can show our neighbors how to step up and use their privilege and position to bring change. I can also let Black people in the West End know the places they can patronize safely in the East End and feel welcome there.”

When the going gets tough, as it so often does, Representative Scott finds inspiration in her children. “They are my #1 motivators. They deserve a better world. Other people’s children deserve better.” She is continually blown away by the people on the front lines for Breonna Taylor and Black Lives Matter and those in her district who use their voices. Her message to TOPS readers and all Louisvillians is, “Be a part of dismantling racism. Show up in whatever way works best for you. Seek justice for Breonna Taylor by speaking up in your neighborhoods, schools, and workplaces. Be bold. Be brave. We have to use our voices.”