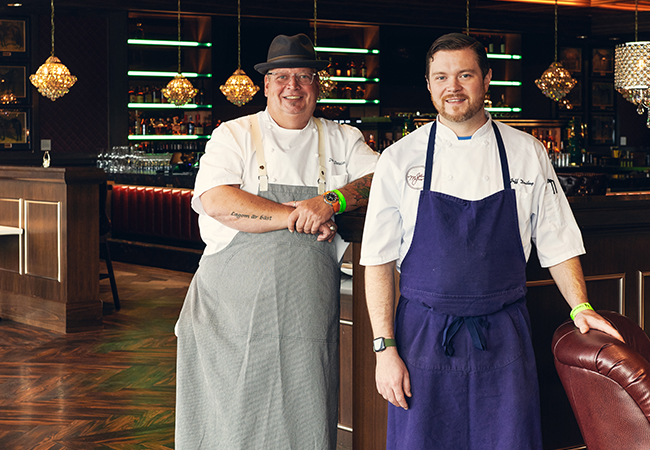 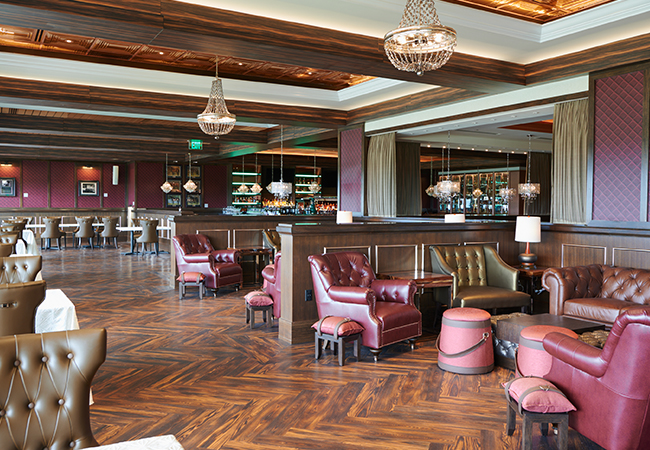 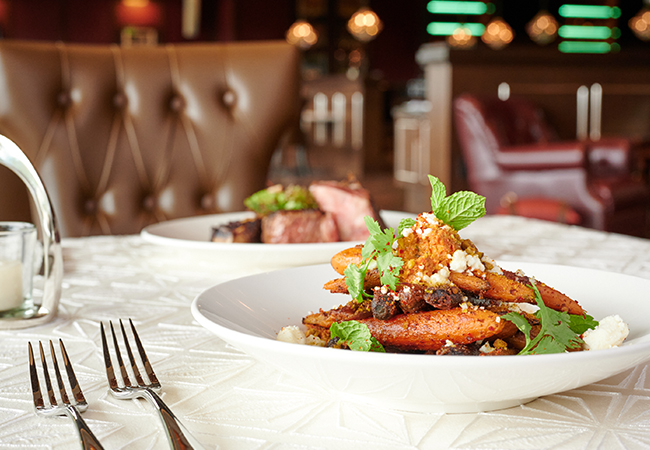 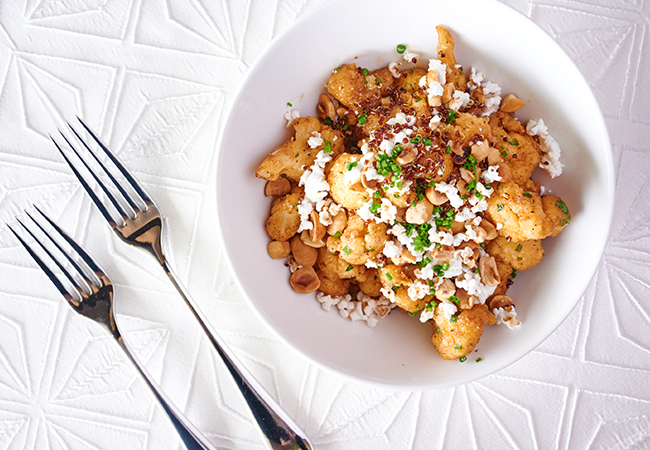 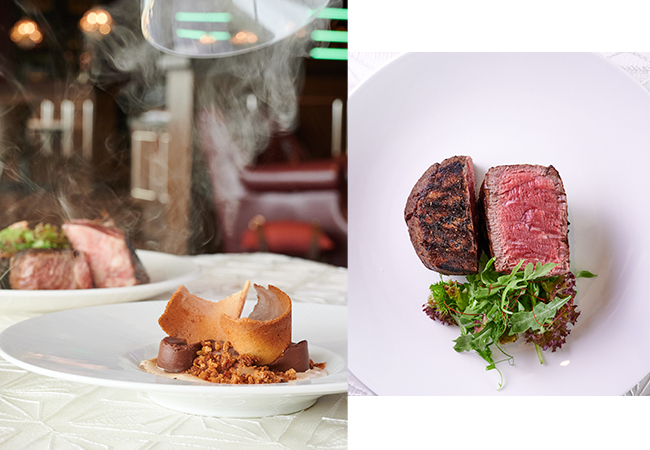 Inspired by Kentucky Derby Museum’s success, Matt Winn’s Steakhouse is the first culinary venture in 145 years to showcase the track’s facility outside of the racing seasons. Rightfully at home in the area of MIllionaire’s Row Room 20, Colonel Winn’s favorite spot, the restaurant is several venues in one. There is a nook, a room, a view for even the most discriminating of guests.

Colonel Martin J. “Matt” Winn developed a passion for thoroughbred racing at the age of 13 when his father brought him to the Kentucky Derby’s first running on May 17, 1875. Matt Winn would attend every Kentucky Derby without fail for the next 75 years. In 1902, he was working as a merchant tailor when a client invited him to join in the management and reorganization of Churchill Downs. Matt Winn was Vice President of catering and summer entertainment until 1914 when he became General Manager of the new Louisville Jockey Club. Under his leadership, the racetrack began to turn a profit, moved into a pari-mutuel betting system, and dropped wager tickets from $5 to $2.

In 1915, Matt Winn convinced Harry Payne Whitney to ship his prized filly Regret from New Jersey to compete in the Kentucky Derby. With Regret’s stunning wire-to-wire victory, women were immediately drawn to the track, adding fashion and romance into the Derby mix that remains. Matt Winn was President of Churchill Downs from 1938 until he died in 1949. His obituary proclaimed “Mr. Derby Dies” and revealed that Matt Winn “never placed a bet on a horse or gave a ‘tip’ on a race.”

We were lucky enough to get plenty of tips from Churchill Downs Senior Executive Chef David Danielson. Classically French-trained, Chef Danielson has worked in several Michelin-starred restaurants and some iconic American hotels and restaurants. He has also catered significant entertainment and sporting events such as the Grammys, the PGA, US Open, and the Olympics.

Together with Matt Winn’s Chef de Cuisine Jeff Dailey, formerly of Corbett’s and Harvest restaurants, Chef Danielson has put together world-class menus, rare spirits, and vintage bourbon and wine lists. Levy Restaurants’ Vice President of Hospitality Strategy at Churchill Downs Richard Sutton and Matt Winn’s General Manager Jamie West work closely with the chefs. “We assembled an amazing group of talented people in the front and back of the house,” says Chef Danielson. After an extended soft opening in August, Matt Winn’s continues to celebrate “local culture, heritage, and cuisine.”

The Matt Winn’s Steakhouse experience begins with a distinct address of 750 Central Avenue, leading straight to their dedicated parking lot. A quick check-in at the concierge tent and guests enjoy a short stroll or golf cart ride to a private elevator, whisking them up to the sixth-floor restaurant adjacent to the Mansion. Matt Winn’s commitment to excellence is evident in ambiance and decor to rival the tiered balconies’ incredible views. Take a spin around The Bourbon Room, The Wine Cellar, The Speakeasy, and private Carriage Rooms. The main dining area wows with its oversized bar and gueridon service, rolling carts of chilled seafood, charcuterie, and dozens of dessert options.

Chef Danielson happily steers us to his favorites on their menu of “recognizable dishes that we elevate and localize.” For Starters, try Kung Pao Calamari with sorghum chile crisp, peanut, celery, and lime or Jumbo Lump Crab Cake with spring onion remoulade, quail egg, and roasted garlic relish. In addition to top-level steaks with a myriad of sauces and accompaniments, Chef Danielson’s favorite entrée is the Freedom Run Rack of Lamb en Persillade with crushed pea salad, dijon mustard, and mint. He is incredibly proud of creative Side Dishes like Harissa Spiced Carrots with pistachio romesco and goat feta; Pickle Fried Cauliflower with goat cheese, brown butter vinaigrette, and hazelnut; and Loaded Potato Gratin with Broadbent Bacon, Kenny’s Reserve White Cheddar, and Crème Fraiche. From the Dessert Menu, Chef zeroes in on the Red Eye S’more made with espresso marshmallow, rye whiskey chocolate crémeux, country ham crumble, and graham cracker.

For your next special celebration and look forward to ticketed dining events such as Thanksgiving, Downs After Dark, and Mother’s Day. Guest safety and comfort are paramount throughout each dining experience. Future plans include bourbon and wine dinners and expanded specialized menus that will change seasonally. In spring and summer, enjoy outdoor dining on The Veranda with sweeping views of the legendary racetrack. Matt Winn’s Steakhouse is a must-try, bucket list Louisville destination. To join the email list or make reservations, visit mattwinnssteakhouse.com.