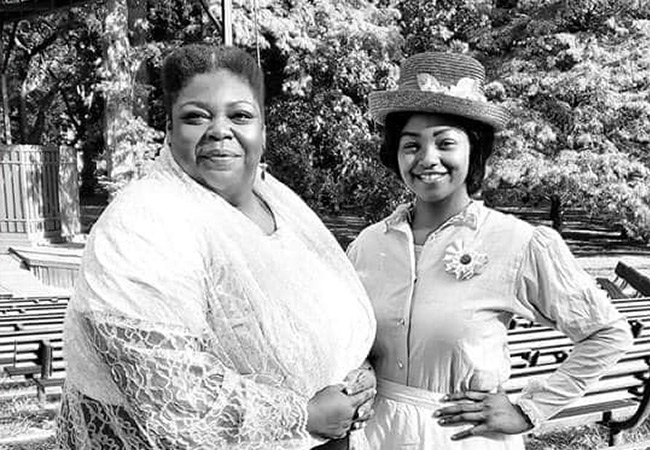 To coincide with the 19th Amendment Centennial, celebrating the guarantee and protection of women’s constitutional right to vote, Looking for Lilith Theatre Company in Louisville has launched The Kentucky Suffrage Project. The exhaustively researched program carries the vision of Looking for Lilith Co-Artistic Director Kathi E.B. Ellis, who passed away from metastatic breast cancer in July 2019. Since March 2020, the Co-Artistic Directors have adapted the program to ongoing COVID-19 pandemic realities.

Shannon Woolley Allison and Trina Fischer are Louisville natives. Shannon earned a BFA in Acting from Southern Methodist University but was quickly dissatisfied with many female roles. While in graduate school at NYU, she decided to start a theater company and met Jennifer Thalman Kepler. Jennifer hails from northern Virginia, where her father was stationed in the Navy. She majored in history and Spanish at Albright College in Reading, Pennsylvania. Determined to introduce drama and social justice into school curriculums, Jennifer became a teaching artist. Shannon and Jennifer began “collaborative playwriting, lifting up under-told stories.”

Together with Trina Fischer and Kathi Ellis, Shannon and Jennifer formed Looking for Lilith Theatre Company 19 years ago this November. Research for The Kentucky Suffrage Project began two years ago, using primary resources such as official documents, photographs, and diaries whenever possible. Devising the new full-length play began in 2019, honing in on Louisville and black and white women’s racial dynamics in the suffrage movement. The play was to run from August 2020 - March 2021 at The Kentucky Center and in New York City. Promotions would include pop-up performances, a collaboration with The Women’s Suffrage Centennial Chorus, and marching in the Kentucky Derby Festival® Pegasus Parade® to recreate a silent performance piece from the Women’s March in 1913.

Once coronavirus emerged in Kentucky mid-March of 2020, theatre directors and researchers continued devising sessions via Zoom. They found interesting parallels between the current pandemic and social justice issues and the 1918 Spanish Flu that raged as suffrage was voted down by only two votes that year— Shannon and Jennifer’s roles as Drs. Anna Lawrence and Julia Ingram of Louisville portray the weight of these serious concerns.

So how is The Kentucky Suffrage Project reaching audiences now? With outdoor performances and video episodes filmed on-location at significant Louisville sites, it continues online from Women’s Equality Day on August 26 through Election Day 2020. The project will roll on with a driving tour planned for the week of October 28, 2020. Looking for Lilith Theatre Company also provides community outreach, family activity kits, and after-school programs for acting and devising. “We provide the process. They provide the content.” To view episodes and educational resources, visit lookingforlilith.org, Looking for Lilith Theatre Company on Facebook, and @lfltheatreco on Instagram.