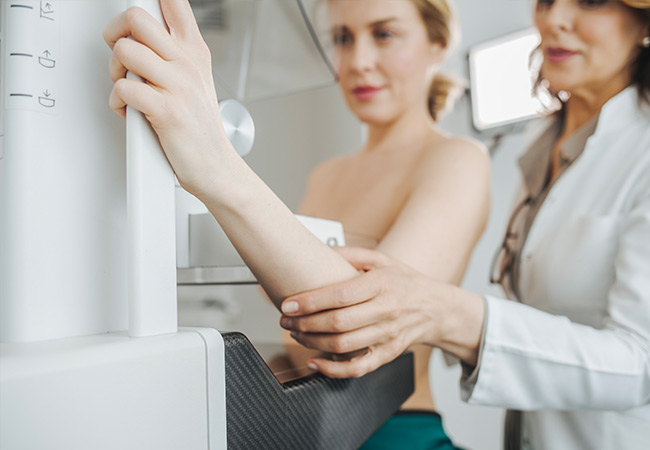 For the last six months, many of us have been understandably reluctant to venture out to medical offices or hospitals for preventive care and routine testing. But the importance of regular exams and early testing, particularly for women’s breast health and gynecology, has not diminished. Yearly screening mammograms for early detection of breast cancer are recommended for women over the age of 40, and are considered especially important after age 50. Overall, mammography sensitivity for finding breast cancer is approximately 87%. That sensitivity is higher in older women than younger women.

Pap smears detect abnormal cancer and precancer cells on the cervix. Pap smears can also be used to test for the sexually transmitted human papillomavirus (HPV), which left untreated could lead to cervical cancer. Cervical cancer was once the leading cause of death for women in the United States. Cervical cancer cases and deaths have decreased significantly over the last 40 years, primarily due to women receiving regular Pap tests. These tests are recommended for women aged 21-69.

For Breast Cancer Awareness Month, Dr. Rebecca Booth of Women First Obstetrics & Gynecology filled us in on the advanced technology they employ to help save lives. “As one of the first Louisville physician practices to offer in-house mammography and breast cancer screening in the 1990s, Women First added 3D tomosynthesis mammography in 2015 and a second 3D machine in 2017. Our commitment to this advanced technology has been significant for women resulting in earlier detection of breast cancer. Of the 14,000 mammograms we average per year, Women First typically identifies two incidences of cancer per week. The beauty of 3D tomosynthesis mammography is that it captures multiple images as it moves through breast tissue layers, offering considerably more detailed tissue delineation than a 2D mammogram. Being able to capture and study breast images in all these layers has proven to detect more types of cancers earlier and more accurately. This is extremely critical for early intervention and treatment, and especially helpful for approximately one-third of our patients whose breasts have dense tissue.”

“About one in eight women will develop invasive breast cancer in her lifetime, making breast cancer the second-most common cancer in women, behind lung cancer. While breast cancer is very serious, the rate of death among breast cancer patients is going down, largely due to early detection. Three actions are key to maintaining breast health—monthly self-examination, annual physical exam for women of all ages, and regular mammograms, usually beginning at age 40.” Information from wfoflou.com