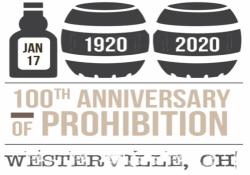 On January 17, 1920 Prohibition went into effect and consumption of bourbon went underground. Infamous gangsters such as Al Capone made a killing during the roaring twenties by organizing with bootleggers and speakeasies throughout the country. To commemorate the 100th anniversary of this historic event, the Bourbon Brotherhood is partnering with the Whisky Chicks to host an exclusive co-ed party in the mysterious subterranean Rathskeller, located beneath the Seelbach Hotel, a room which has remained unchanged for the past 100 years.