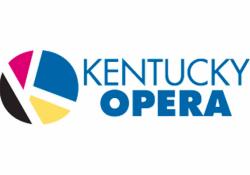 Cynical. Reviled. And desperate for revenge. Rigoletto â he is the jaded jester who laughs as he aids his debauched master the Duke in seducing the wives and daughters of the courtâs noblemen. These men hate Rigoletto with a passion, and only his daughter Gilda brings sunlight to his life. But then comes tragedy on a catastrophic scale. Rigolettoâs enemies want revenge. The Duke sets his sights on Gilda. Rigolettoâs desperate plan to avenge his defiled daughter goes tragically wrong. Originally banned by the censors, Rigoletto is a work of genius. Here is Verdiâs first incomparably great characterization, Shakespearean in its complexity and grandeur. Experience the masterwork that rivets audiences with its incendiary drama and outpouring of famous melodies, including the achingly poignant Rigoletto/Gilda duets and the Dukeâs ode to the fickleness of women: La Donna Ã© mobile.